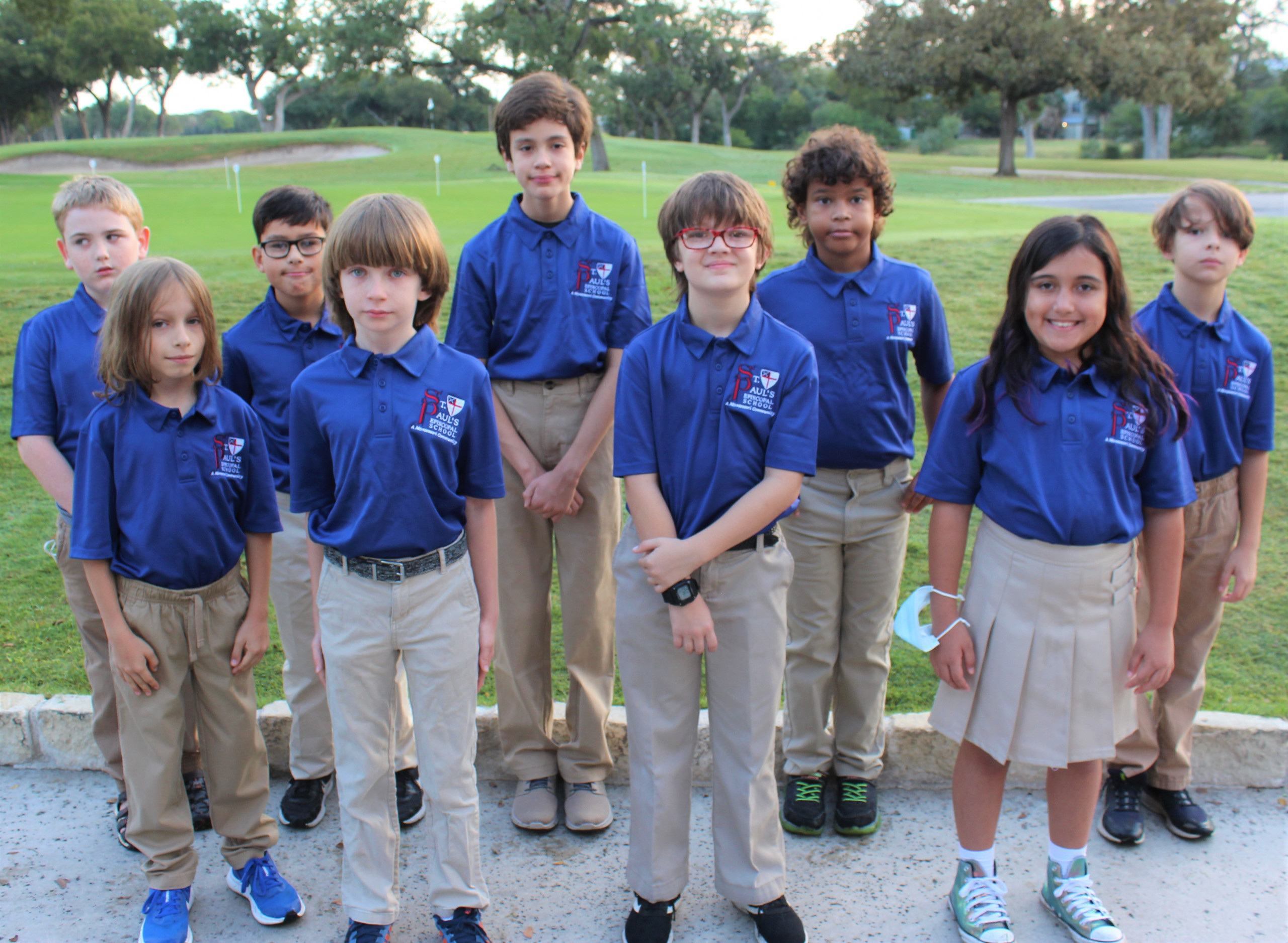 “It is movement that interests the child in music, and it is by movement that the very tiny child can arrive at understanding music with considerable delicacy.” – Maria Montessori

The primary and elementary music programs at St. Paul’s Episcopal Montessori School are designed to involve the whole child. The mission of the St. Paul’s Episcopal Montessori School music program is to assist and guide each student in the development of his or her innate musicality with a rich, developmentally based curriculum which leads to a lifelong participation in, enjoyment, and appreciation of music in various forms. The core of the music curriculum is the Kodály philosophy of music education, which encourages good vocal tone production and teaches musical literacy (reading and notating music rhythms and notes) through the use of traditional folk songs and well-composed music.

A key element of the Kodály music curriculum is preparing rhythmic and melodic concepts through traditional folk songs and singing games. The process of music literacy begins with the very young child and is continued through elementary school. The primary music program is designed to involve the child in movement exploration which eventually leads to feeling beat, tracking movement, visual and aural decoding, voice exploration, matching pitch, singing traditional folk songs and singing games, and playing unpitched instruments. Elementary students participate in singing traditional folk songs and well-composed children’s vocal literature, playing music games and circle dances, and exploring movement and folk dances. Through careful preparation and practice, the children are led to rhythmic and melodic literacy, improvisation, and composition. The Orff instruments become an extension of the singing voice and are used to enhance the student’s musical experience. Students are introduced to classical music in the music classroom and their regular classrooms. Elementary students are encouraged to research composers and instruments of the orchestra as music history is integrated into the classroom curriculum. Field trips to the San Antonio Young People’s concerts are also planned and attended.

For more information on the sequence and tools used in St. Paul’s Episcopal Montessori School music curriculum, I invite you to read The Kodály Concept of Music Education, published by the Organization of American Kodály Educators.